Mr. Abbas Rizvi the Honorary Consul of Mauritius to Tanzania, has promised to improve trade relations between Port Louis and the city of Dar es Salaam, especially in agri-business plus tourism promotion between these two countries. 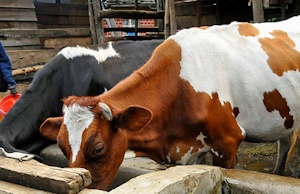 While talking during the interview, Mr. Abbas pointed out other parts of cooperation which he foresees as introduction of the Air Mauritius flights between both of these countries.
He added that the Introduction water transport connecting Dar es Salaam with Port Louis will also be looked at make it possible for people from both countries to travel very easily
In order to make it achievable, the consul stated that he must begin with spearheading the set up of a Mauritius-Tanzania Business Council to link up investors from Mauritius as well as Tanzania
Within Tanzania, investors from Mauritius will be motivated to invest in agro processing, plantation as well as contract farming, and on top of that information and communication technology -ITC.
Mr. Rizvi mentioned that with regards to the tourism sector, they will market as well as promote tourism potentials present in the two countries to assist understand what these countries both have to offer.
Based on the consul, Mauritius has registered sizeable advances within the ICT sector which he was positive would be attained in Tanzania also through collaboration between these two nations.
He explained that Mauritius has moved a considerable ways to grow to be an ICT economy, it began with its agriculture industry to manufacturing and finally where it is currently
Mauritius is an island country within the Indian Ocean having beautiful beaches that it uses to market its tourism industry.
Mr. Rizvi recommended that given the political stability as well as favorable environment for trade plus investment within Tanzania, investors from Mauritius have an interest in investing in this country.
Tourism in Mauritius
Mauritius is among the leading luxurious tourism destinations in the world. It has a number of man-made plus natural attractions, enjoys a warm climate with clear sea waters, eye-catching beaches, exotic wildlife and plants associated by a people of multiple cultures and tribes who are not only happy but welcoming as well. These tourism resources are its major strength; particularly considering they are supported by properly designed and managed hotels, as well as dependable plus operational services and tourists infrastructures. Mauritius attained the World number one island Destination award yet again for the 3rd time as well as the Best Beach in the world in the month of January 2012 at the World Travel Awards.
On the other hand, Tanzania is a country filled with a lot of diversities which may best be explained in a single word as heavenly. This is due to the fact that the experience that you get in this stunning land is the sense of intense peace plus unified promises in tourism as well as from the people. The Tanzania tourism is extensive much like the country is when it comes to culture plus massive land. Taking a safari in Tanzania will mean that you can opt to visit a number of areas that feature the finest accommodations along with the finest wildlife.