The Wonders of Tarangire National Park 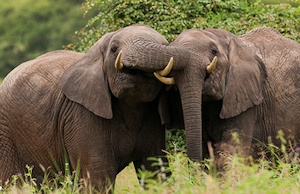 Although most likely not as well popular as the Ngorongoro Crater or even the Serengeti, Tarangire is an excellent national park that forms a fundamental part of several northern circuit safaris. The closeness of this national park to the safari capital of Arusha, makes it the perfect gateway to any traveler into Tanzania on safari, thus making it the ideal destination to begin and even end any safari excursion in this amazing part of Tanzania.

In 1970 Tarangire was officially declared as a national park. This park alone covers about 2,600 sq km, largely filled with different wild animals plus hundreds of various bird species. The terrain is hilly; however it is dominated by the Tarangire valley.

Inside this park you will have the opportunity to see wildebeests, zebras as well as cape buffaloes, in additional of other amazing types of antelopes. Consider, for instance, the oryx. The oryx is a very large elegant type of antelope that is recognized by its long straight horns, as well as exceptional black markings on its face. On the other hand, the Eland are the largest antelope in the world weighing a remarkable 400 kg to1000 kg (which is about 880-2200 lb)

For those interested in pachyderm, you will find roughly 6,000 elephants inside the park. These move around the plains over large distances, in big herds of about 600 individuals in which each of the family members is importantly cared for.

The view of any of these amazing creatures moving under the numerous baobab trees inside the park is a very unique sight. Even large elephants are in some way made shorter by these stunning trees that are scattered across the open plains. The Baobabs trees are believed to have marvelous properties, as several people make wish on them. However with a thrilling safari journey within Tarangire before you, then what else can you ever which for

River Tarangire is the supporting center of Tarangire national park. Actually throughout the dry season, as the river greatly reduces in volume, you will always find water here. In reality, throughout the dry season, wildlife actually moves as they look for some relief to quench their thirst. The Thirsty wild animals can be observed gathering in large numbers close to the banks of the river.

Those interested in Bird watching will as well find a haven within Tarangire National Park. over 500 types of bird have been documented here, and are all here to be observed.

Therefore, make sure you remember your binoculars for this safari to Tarangire. From the numerous types of birds to the scattered great baobab tress, the sophisticated curve of the antelope horns to the lulling strides of a colossal elephants, you will certainly not miss out on anything.